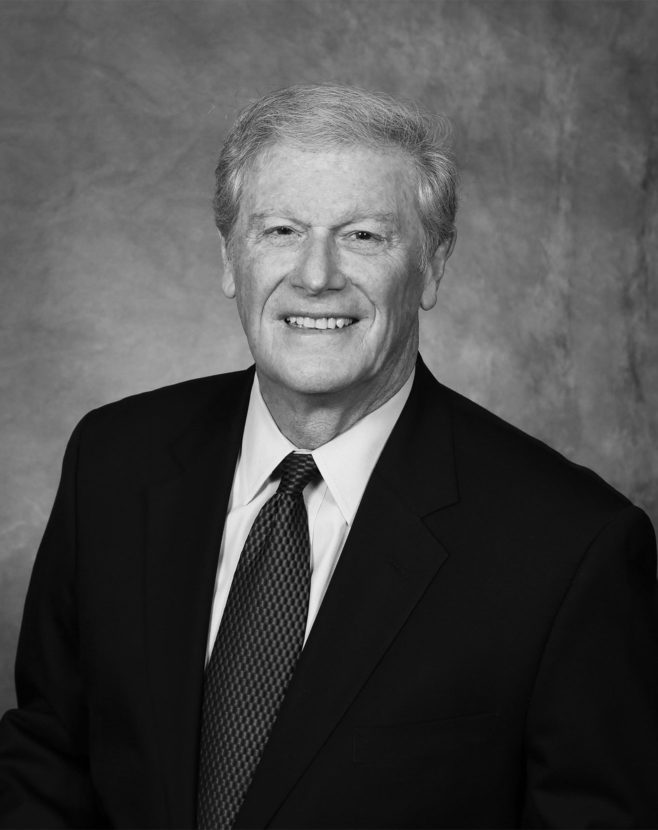 Thrasher assumed the presidency on Nov. 10, 2014, after a successful career as a state legislator, businessman, lobbyist and lawyer. As president, Thrasher has focused his efforts on elevating FSU’s reputation as a preeminent research institution. He has presided over a $1 billion fundraising campaign, advanced the university’s academic and research mission, championed diversity and inclusion, and welcomed the best and brightest students in the university’s history.

Thrasher earned a bachelor’s degree in business from Florida State in 1965. After graduating, he joined the U.S. Army where he received the Army Commendation Medal in Germany and was awarded two Bronze Stars for his service in Vietnam. He was honorably discharged as a captain in 1970.

Thrasher then returned to his alma mater to earn a law degree with honors in 1972.

After working in private law practice in Daytona Beach and Tallahassee for several years, Thrasher returned to Jacksonville to serve as general counsel of the Florida Medical Association, a position he held for 20 years. He also served as “of counsel” to the Jacksonville law firm of Smith, Hulsey & Busey from 1996 to 2008. Thrasher was a partner of The Southern Group, a Tallahassee-based governmental relations firm, from 2001 to 2009.

Thrasher’s political career began in 1986 when he was elected to the Clay County School Board where he served as vice chairman, then chairman. He then became a state representative in 1992, and he was re-elected without opposition in 1994, 1996 and 1998.

Thrasher was unanimously elected as the speaker of the Florida House of Representatives in 1998. He was elected to the Florida Senate in 2009 and subsequently re-elected. He served as chairman for the Republican Party of Florida in 2010.

From 2001 to 2005, Thrasher was the first chair of Florida State University’s Board of Trustees. He was a key supporter of legislation that brought funding to the development of FSU’s College of Medicine, and a building at the college is named in his honor.

In 2016, he was inducted into the FSU College of Business Hall of Fame. He currently serves on the College Football Playoff Board of Managers.

Born in Columbia, S.C., Thrasher moved to Florida as a child and grew up in Jacksonville. He and his wife, Jean, have three children and eight grandchildren.