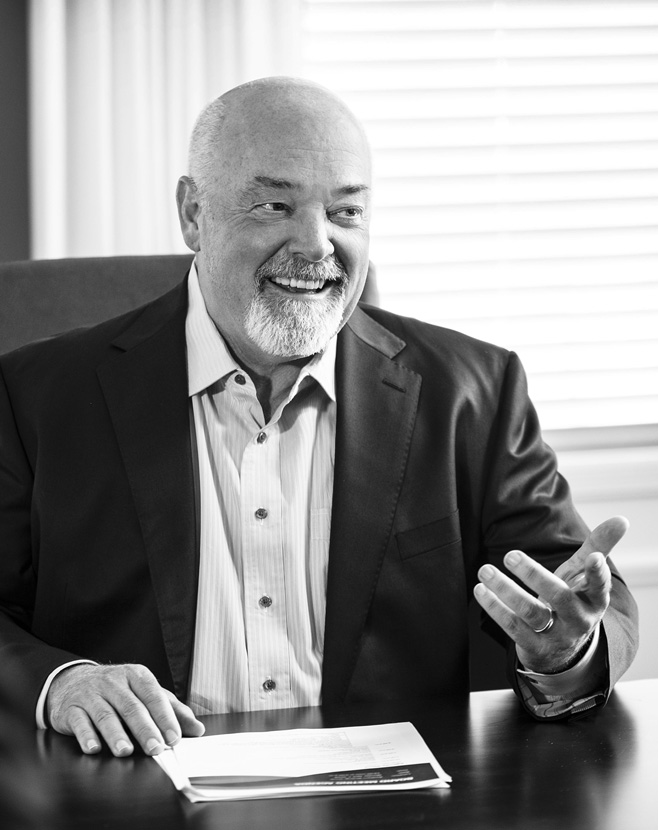 Paul serves as Chairman of The Southern Group.

Paul Bradshaw founded The Southern Group in 1999 after a lengthy career as a policymaker and an administrative lawyer. Paul’s work often strayed from the arcana of policy to the less staid world of political campaigns, including working on Jeb Bush’s first successful gubernatorial campaign. Paul has dealt with a broad range of major public policy initiatives, including those directed at development, environmental protection, and public education.

Paul’s involvement in both the mechanics of government and bare-knuckle politics gives him a rare ability to grasp the policy and political implications of lobbying issues.

Between 1986 and 1990, Paul served in the Martinez administration as the chief cabinet aide to the governor, the director of the state’s growth management program, and the director of the Office of Policy and Budget. In those roles, Paul was instrumental in advancing Florida’s environmental and growth management programs. In 1998, while working with then-candidate Jeb Bush, Paul was instrumental in crafting the education plan that completely re-engineered the K-12 system in Florida. Paul frequently writes speeches for candidates and elected officials, and during the course of his career has authored inaugural addresses and State of the State speeches for three governors.

Paul and his wife Sally reside in Havana, Florida.